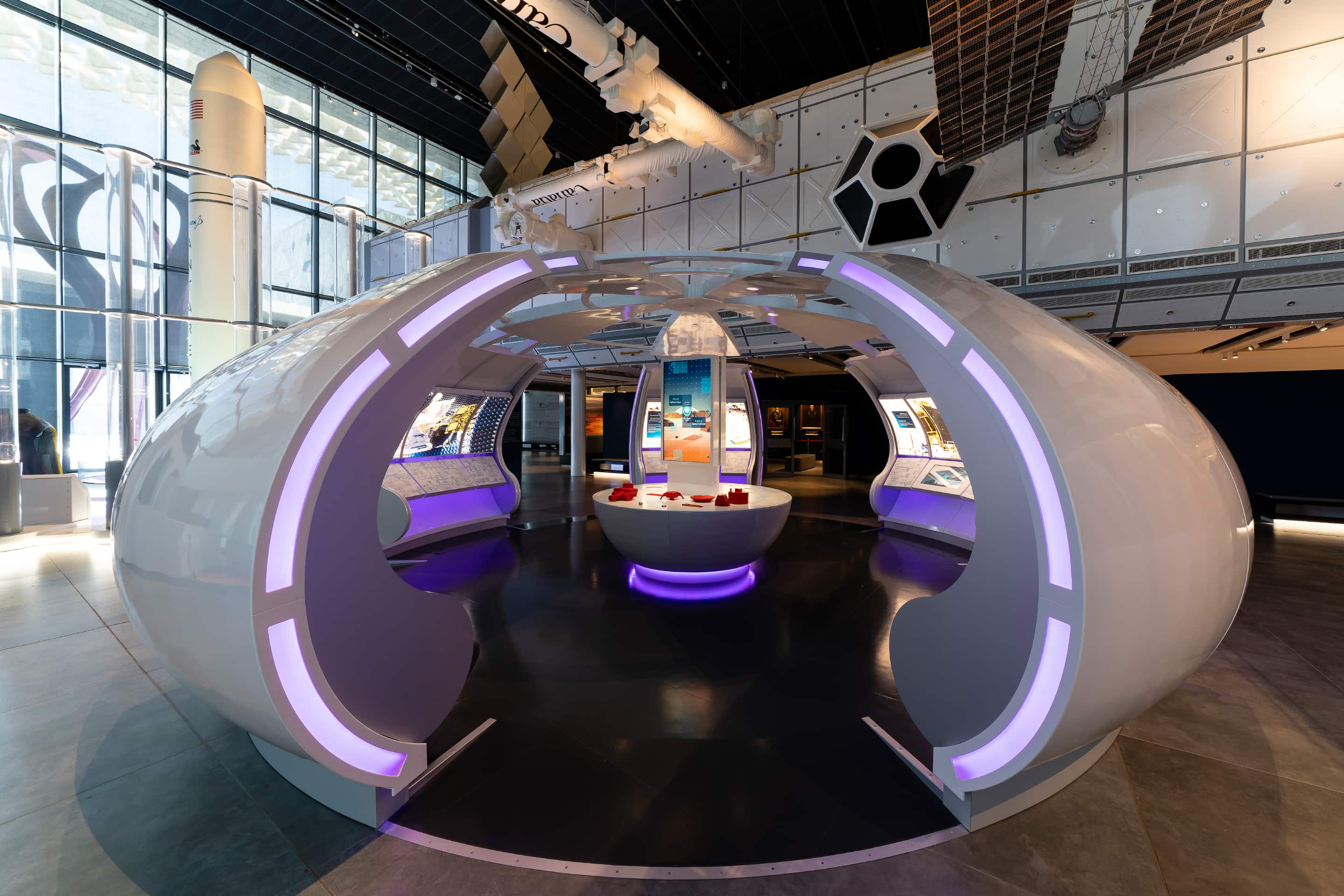 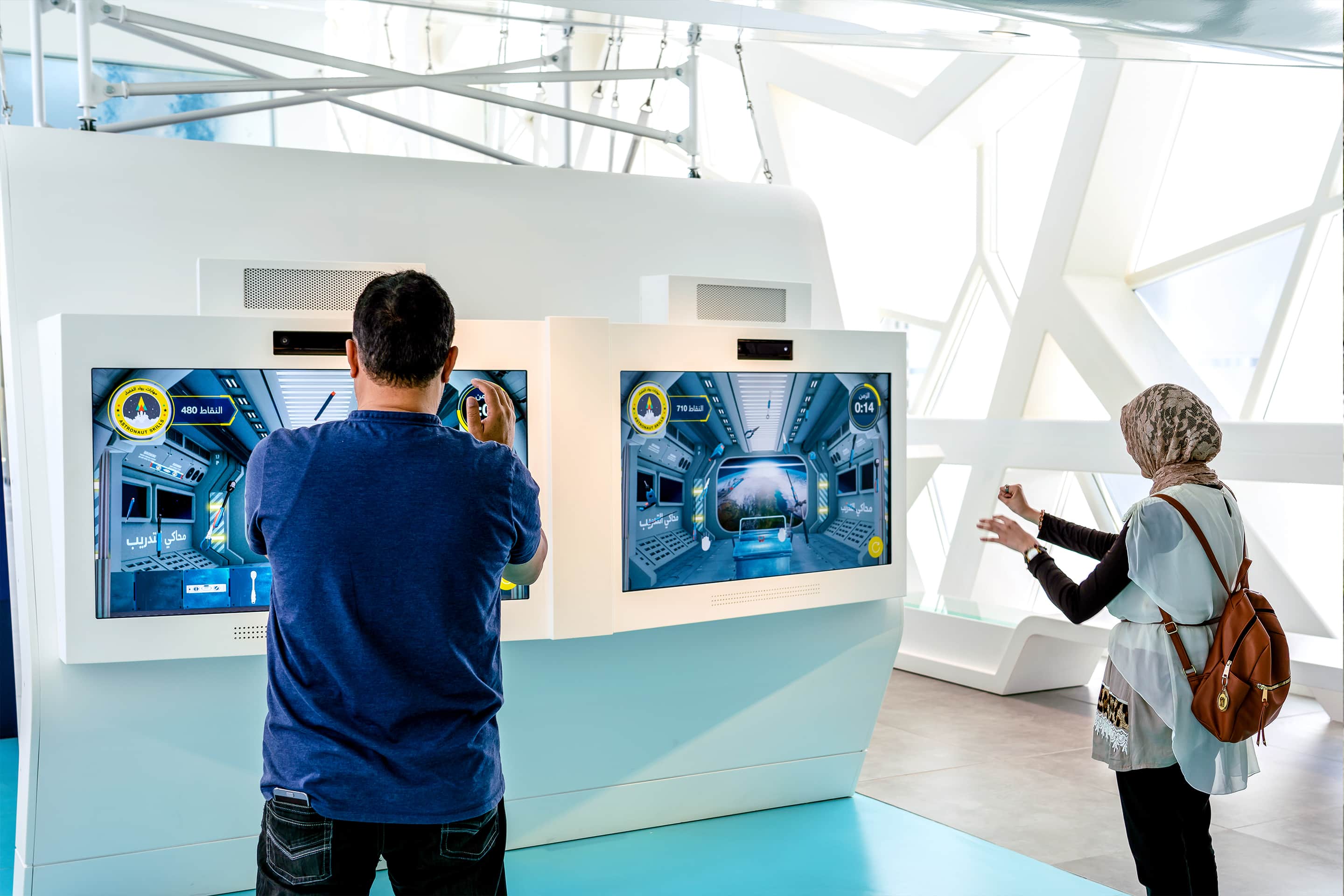 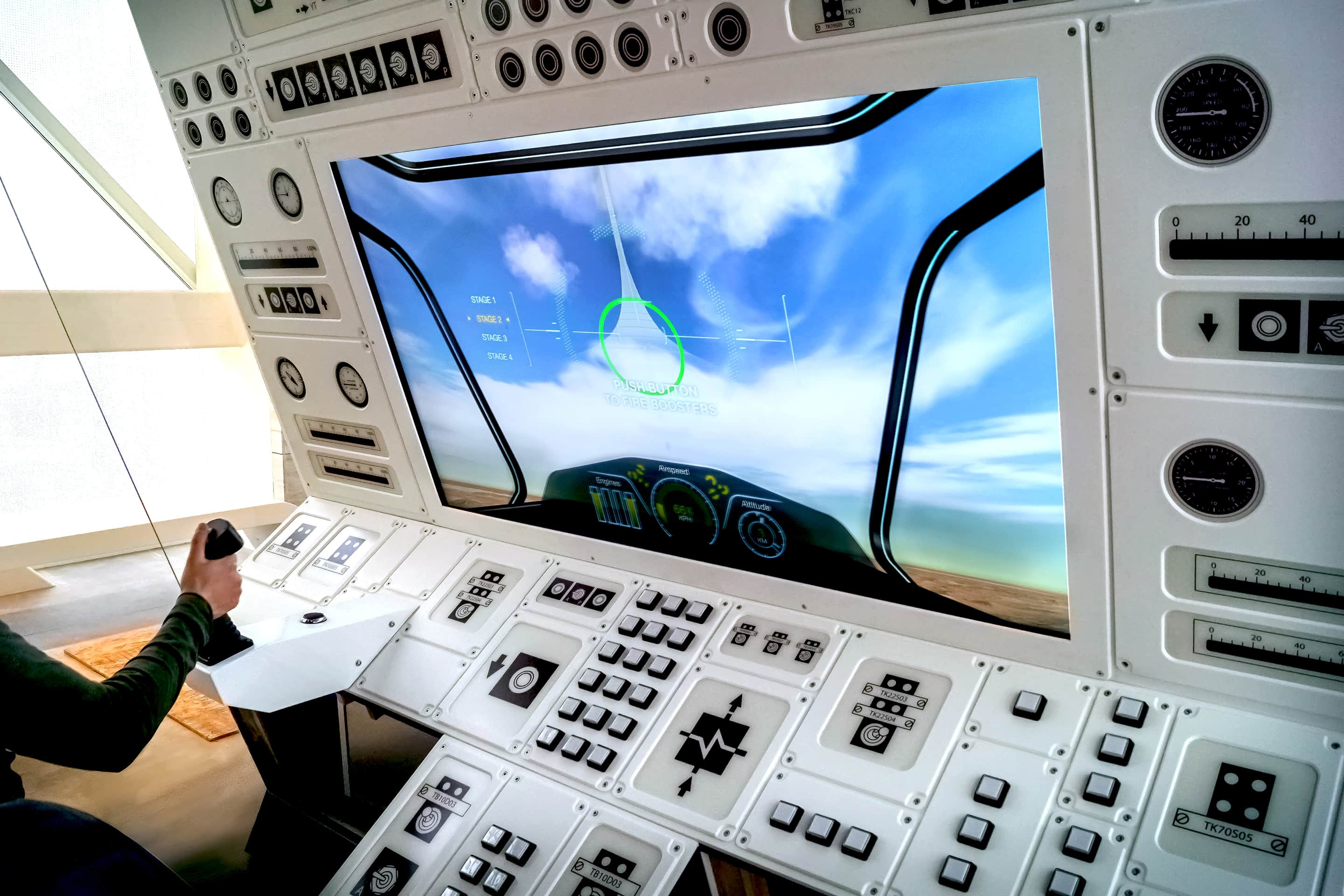 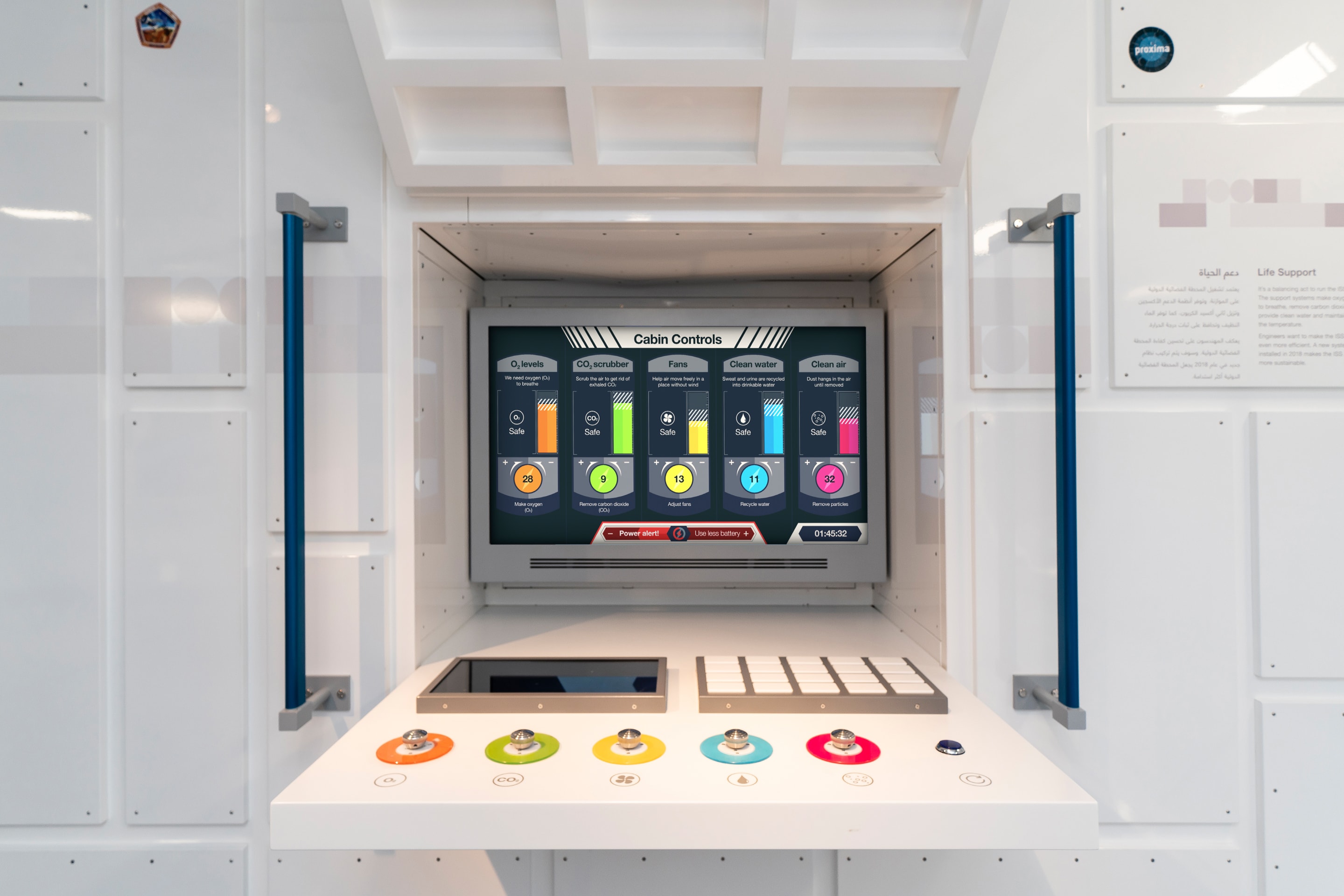 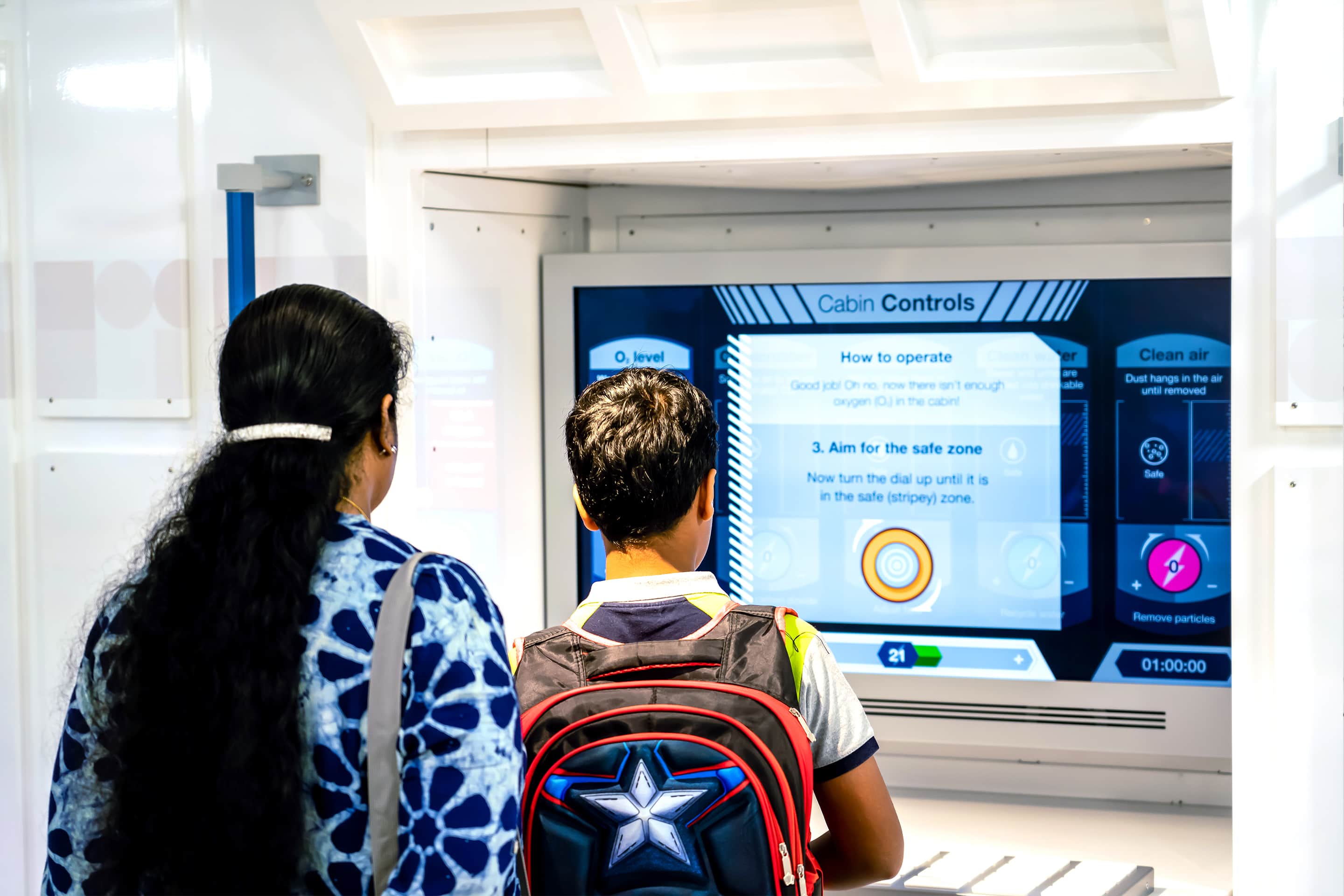 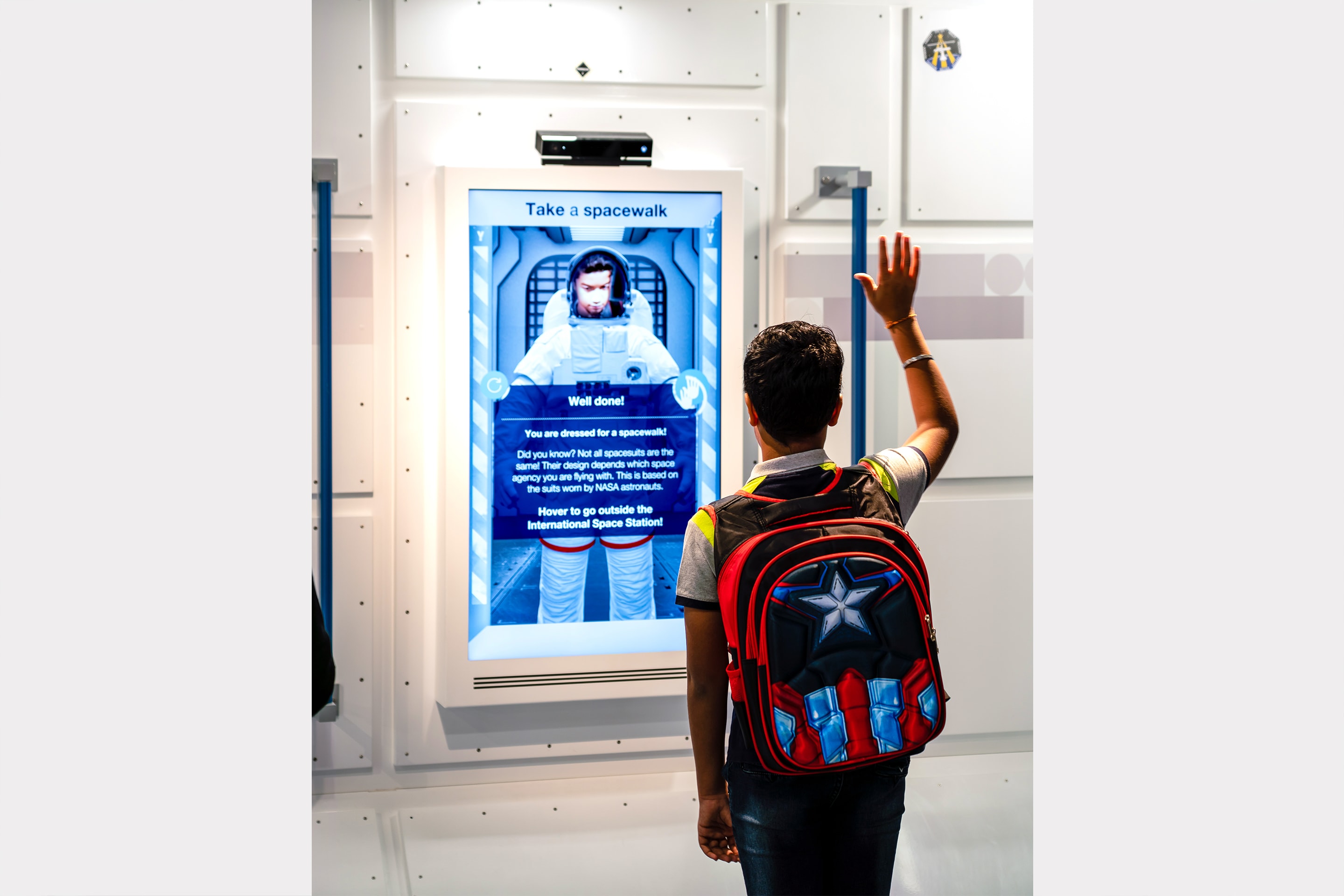 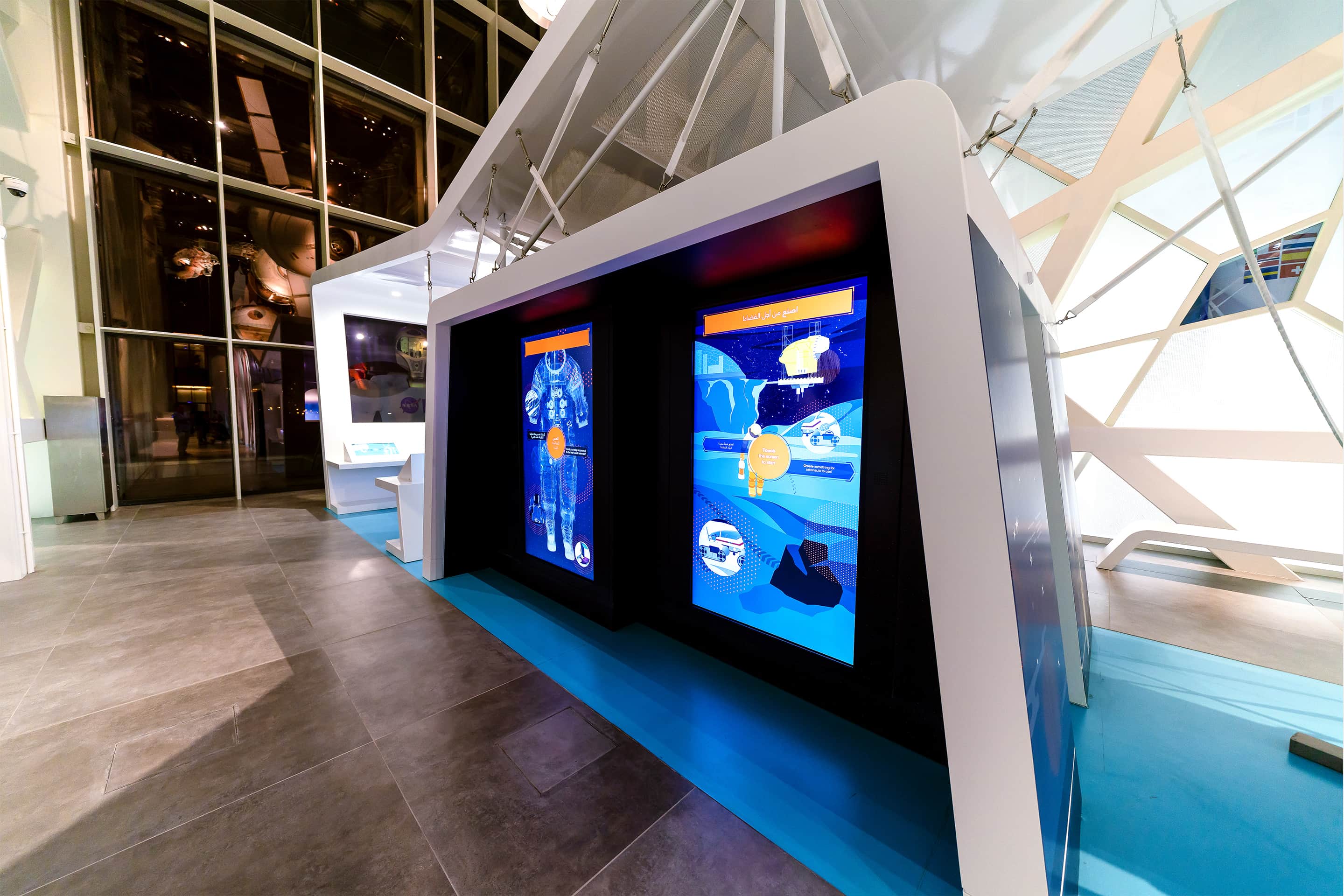 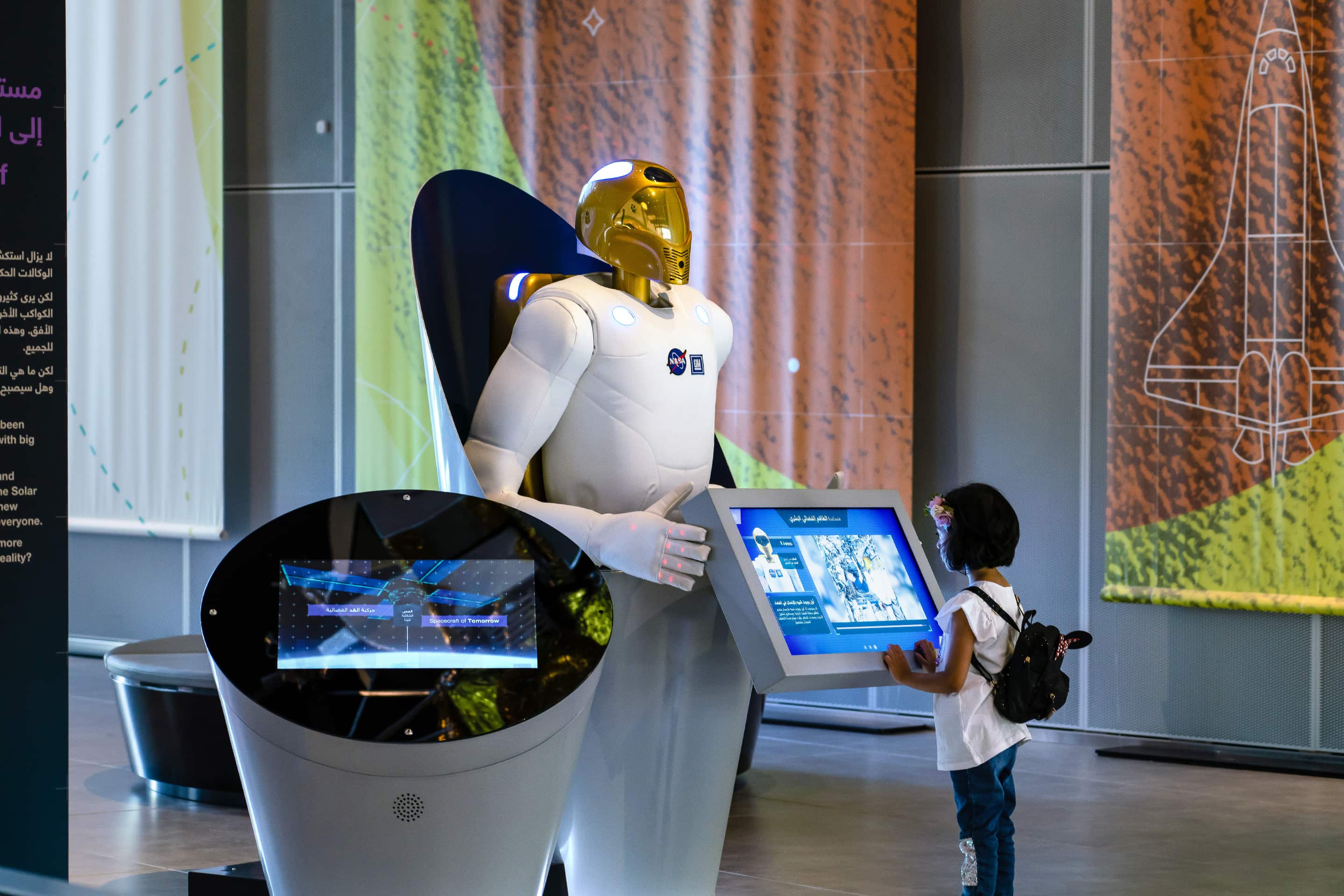 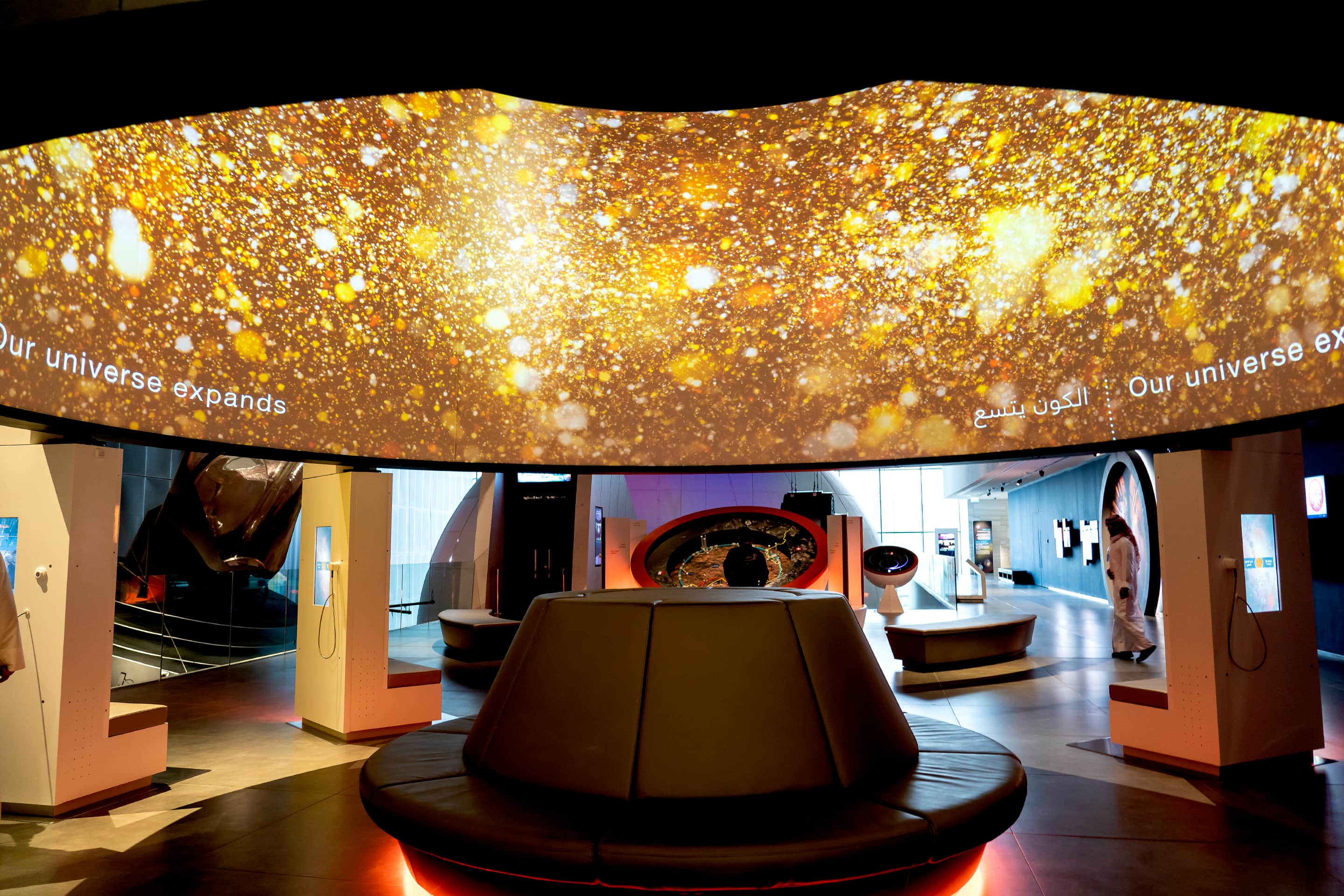 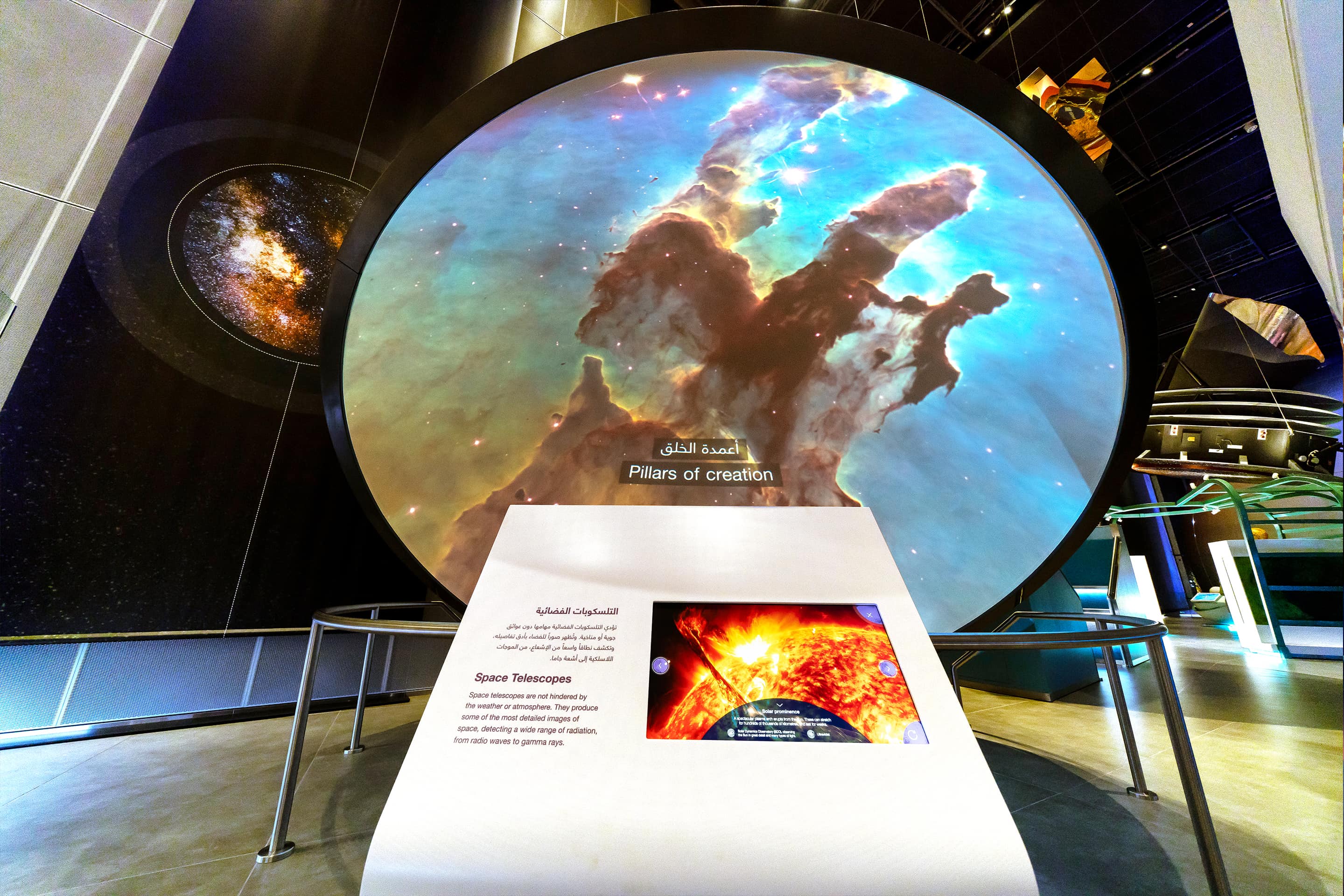 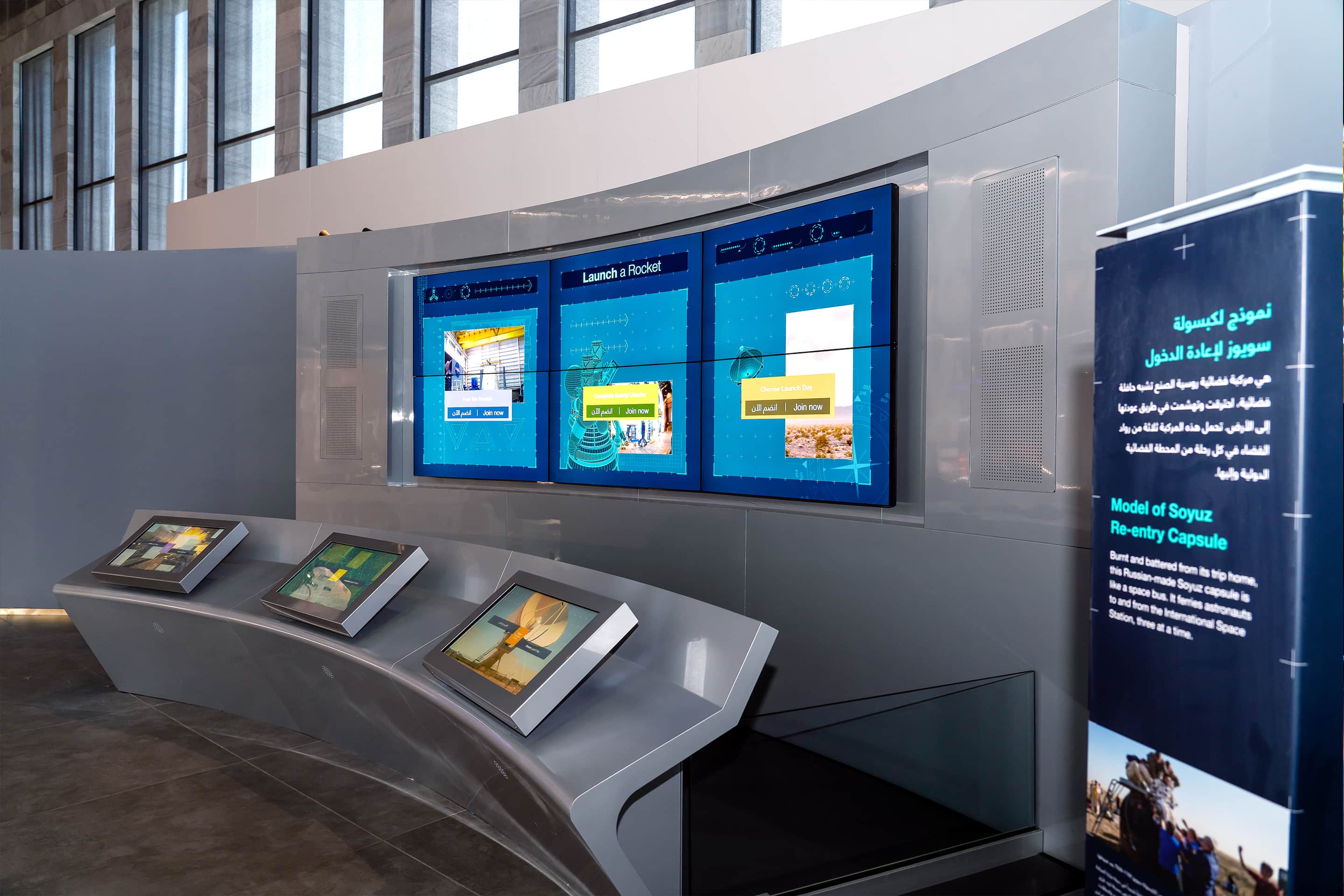 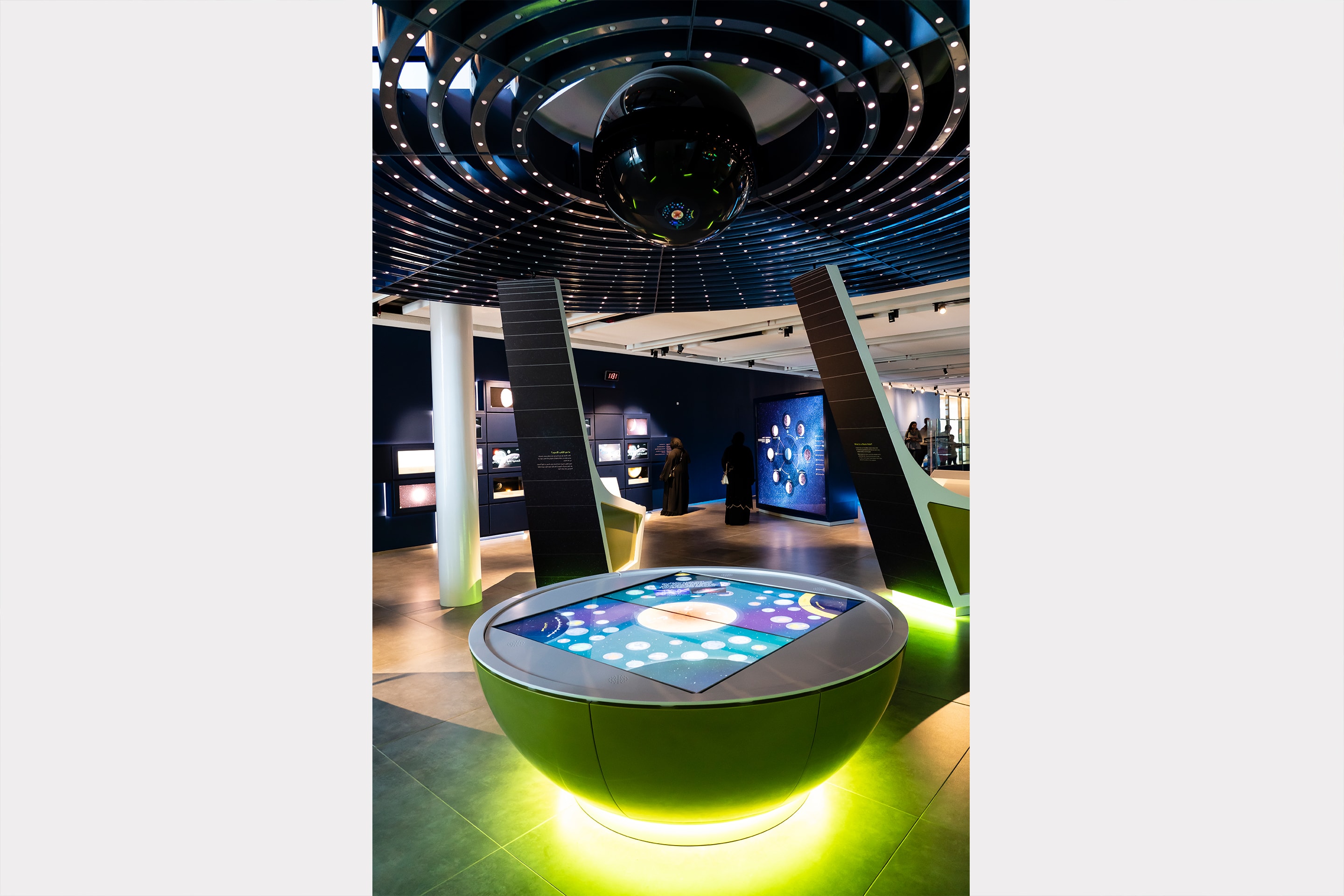 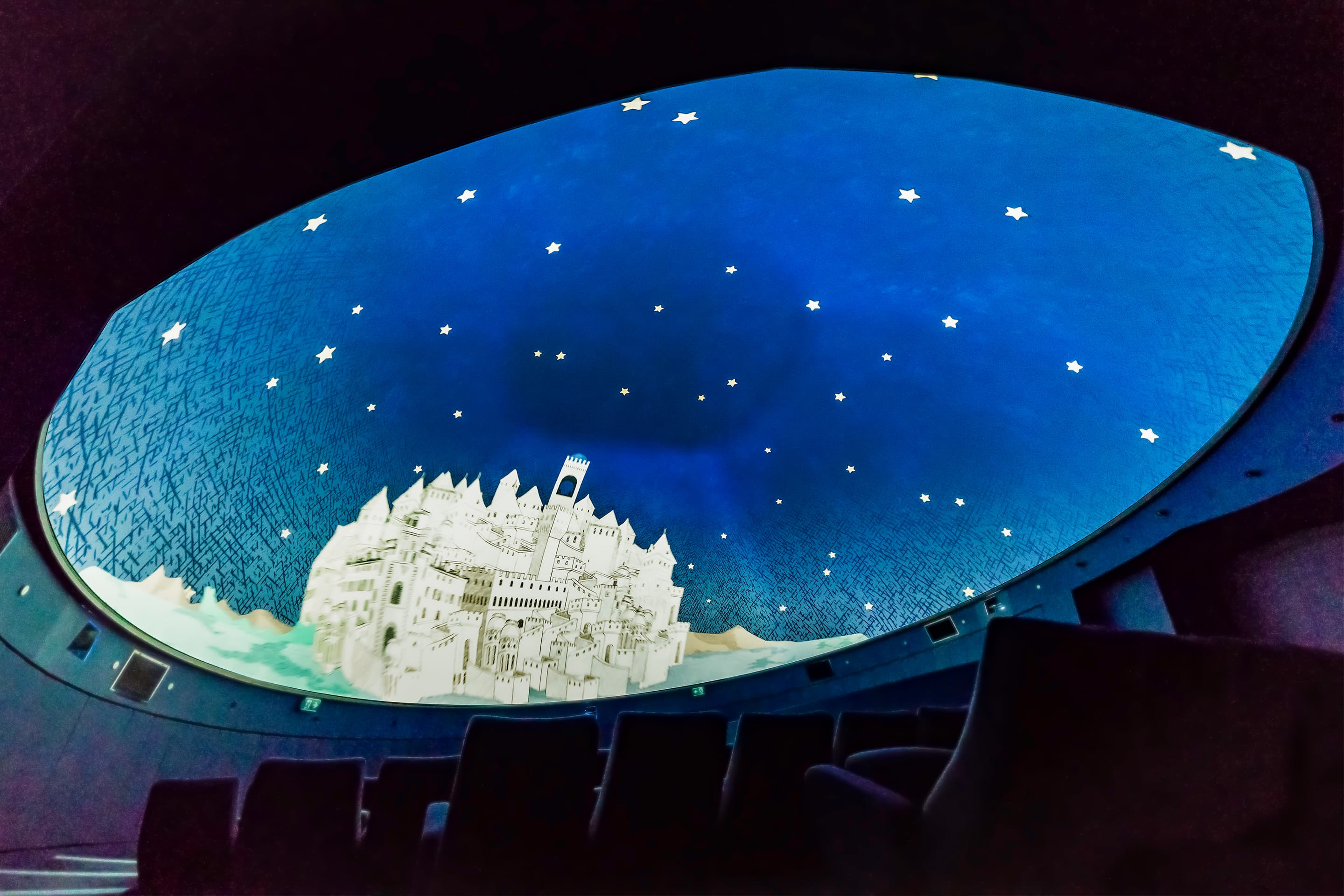 NewAngle developed all 90 dual-language exhibits (Arabic/English) for this museum, from soundscapes, films, and an immersive planetarium show to interactives that incorporate gesture technology, physical interfaces and radio-frequency identification (RFID).

Visitors can design a spacesuit, clear up space junk, build their own spacecraft and fly a spaceplane. A scale model of the International Space Station houses films and interactives that convey the challenges astronauts face while living in, and carrying out their experiments in space.

The history and development of space flight is described across seven large screens surrounded by life-size models of a Mars rover and the Hubble Telescope.

During the development phase, exhibits were tested in our studio by target age groups and their feedback was used to refine gameplay.

In the 110-seat planetarium, visitors can sit back and enjoy an 18-minute show, ‘Arabian Nights: One Thousand and One Stars’, about Arabia’s rich astronomical heritage and its part in the naming of the stars. It was nominated for four international awards and shown at various full-dome festivals around the world.