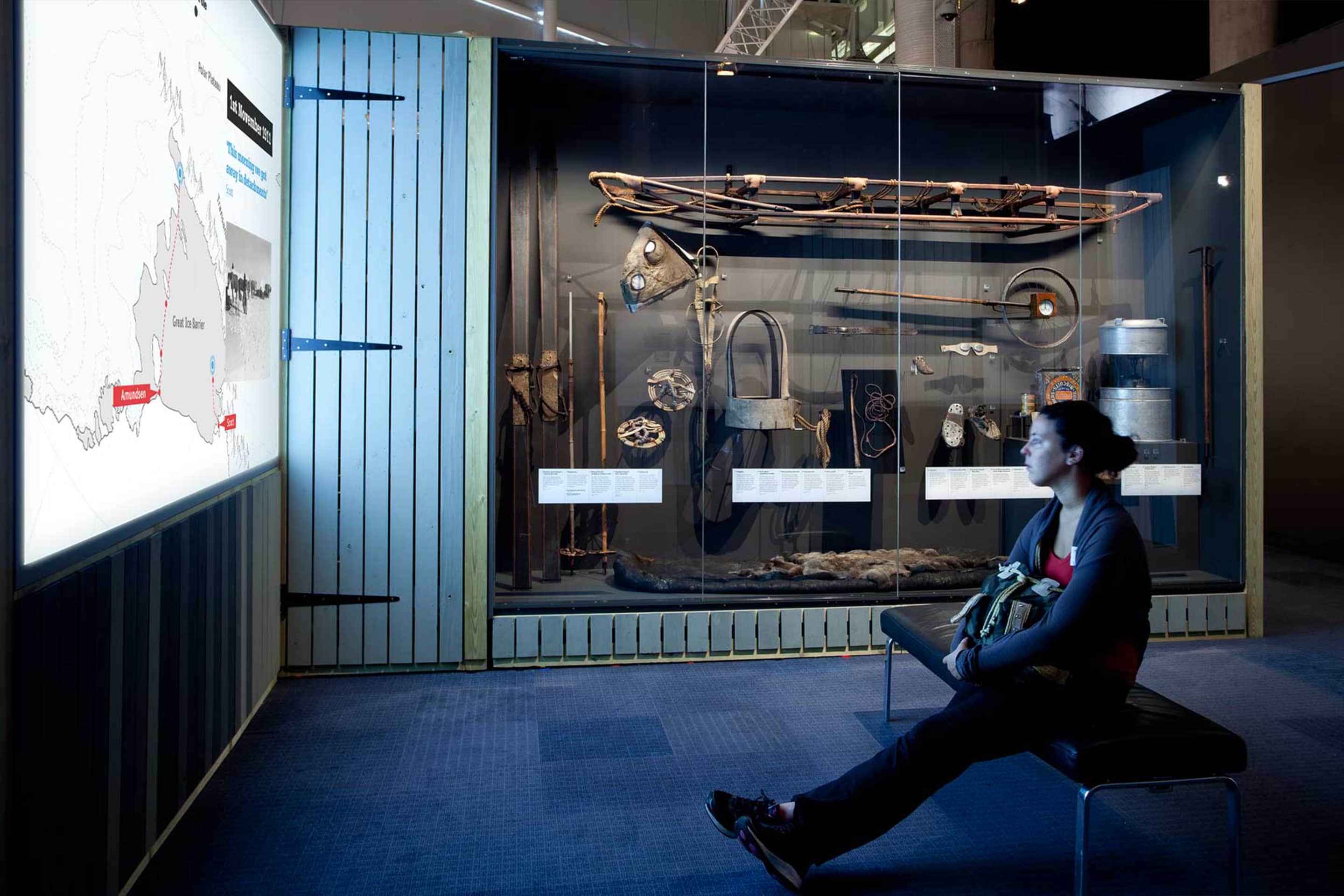 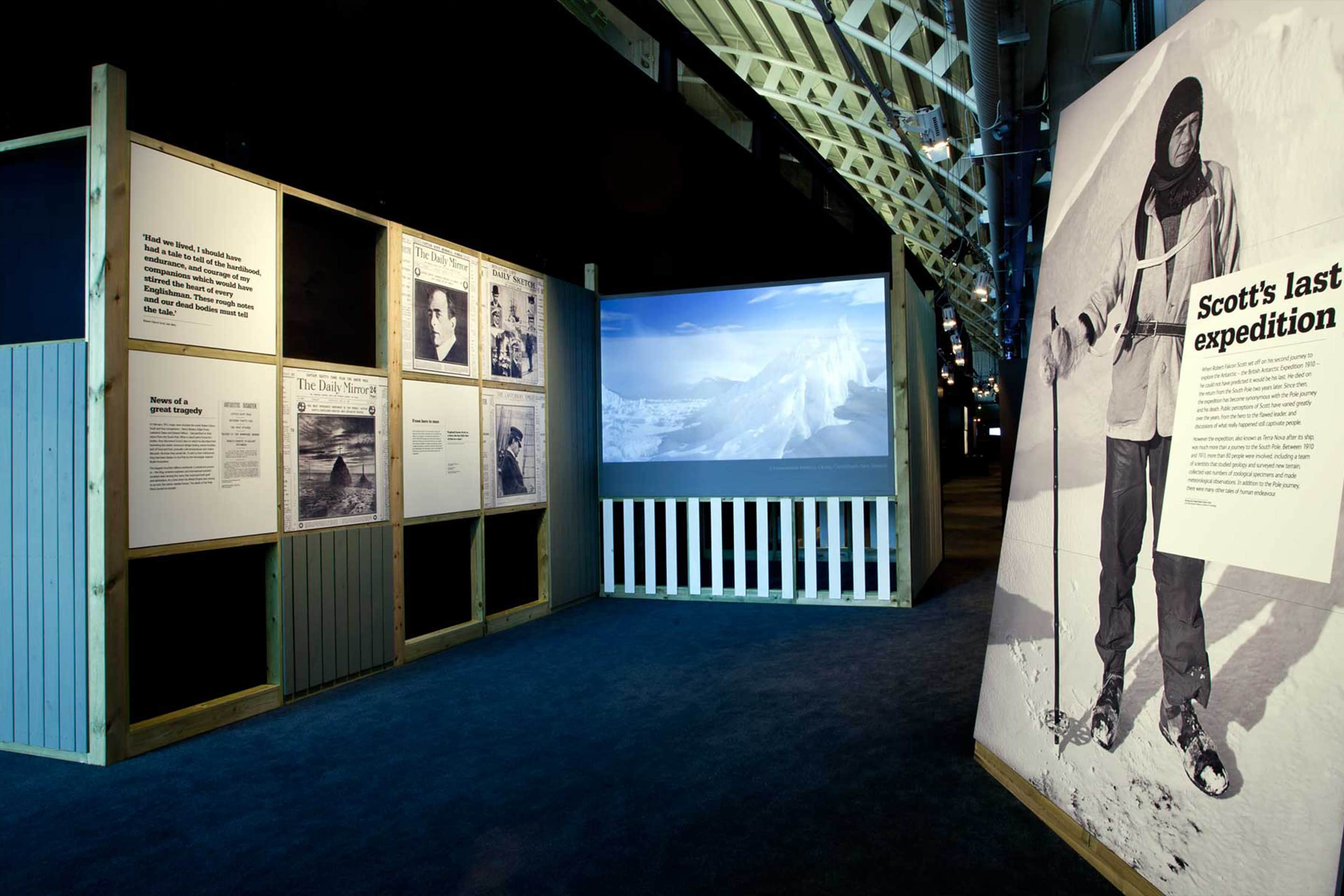 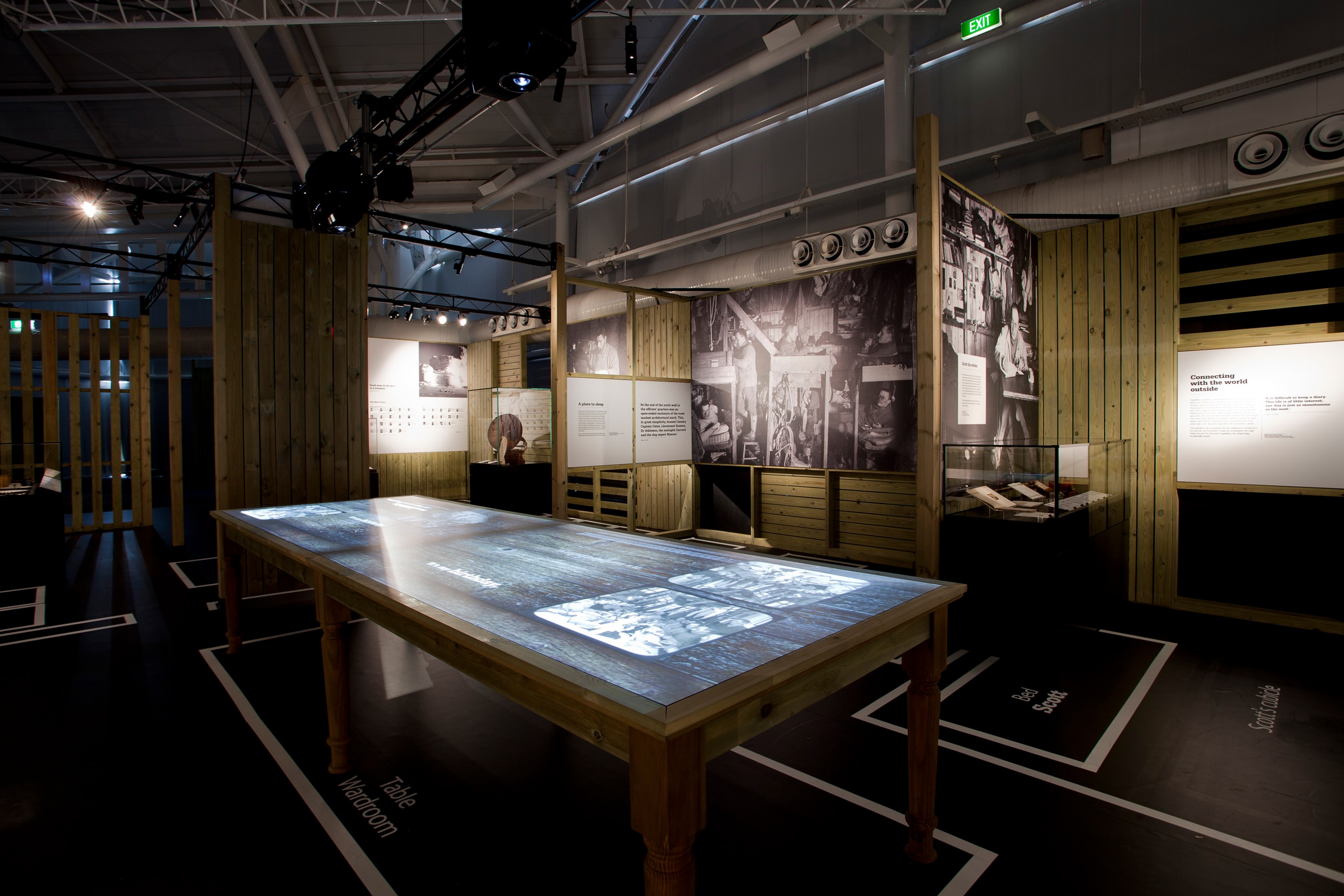 The Natural History Museum’s exhibition set out to highlight the scientific achievements of Scott’s otherwise doomed expedition to the South Pole. At its heart was a scaled-down interior of the group’s hut at Cape Evans in Antarctica.

NewAngle projected an animation onto the communal table showing some of the things the men did, from dining and writing diaries to scientific investigation, such as examination of penguin skeletons.

A second film projected onto the wall recounted the race between Scott and the Norwegian explorer Amundsen to reach the Pole first.